Kinloch Anderson at Fashioning a Reign 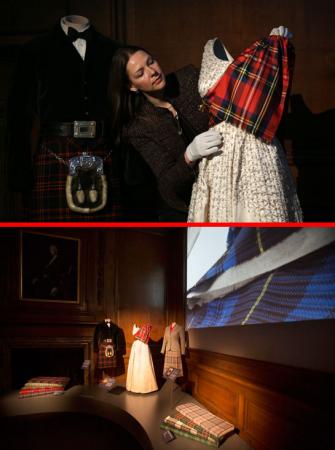 The craftsmanship of kiltmaking at Kinloch Anderson is magnificently shown in a large close up video at the Royal Collection Trust Exhibition “Fashioning a Reign” which is being held within the Palace of Holyrood House in Edinburgh.  Kinloch Anderson were privileged to have been asked to take part in this Collection of some of the most stunning and historic dresses and accessories worn by her Majesty The Queen.  The Exhibition also features a Royal Stewart silk sash supplied by Kinloch Anderson to Her Majesty for a Ghillies Ball at Balmoral in the 1960s and a Highland Dress outfit with a kilt made in Cameron of Erracht tartan for the Duke of Edinburgh in 1961 when he was Colonel-in-Chief of the Queen’s Own Cameron Highlanders.

Fashioning a Reign Exhibition runs from 21st April to 16th October 2016 at The Palace of Holyrood House.