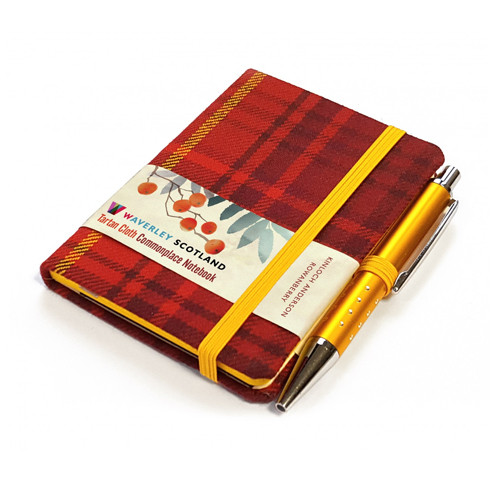 In Scotland the berries of the rowan tree are red whereas in Asia there are some species where the berries are a golden yellow. The Rowanberry Tartan mini notebook with pen celebrates Scotland's rowan tree that is famed for its hardiness and ability to survive in the mountains, and its long interesting history. In Scottish Gaelic it is called rudha-an, meaning 'red one'. The genuine tartan cloth used for this notebook is supplied by and produced with the authority of Kinloch Anderson Scotland. Commonplace notebooks date back to the Scottish Enlightenment. Many thinkers and writers used a Commonplace notebook for writing down ideas and knowledge. Adam Smith, Robert Burns, David Hume, and later, writers such as Sir Walter Scott, Arthur Conan Doyle, and Virginia Woolf used commonplace notebooks.

Delivery to the UK Mainland is FREE for orders over £50 and will be approximately 1 week.