Every Kinloch Anderson Kilt is a Future Family Heirloom 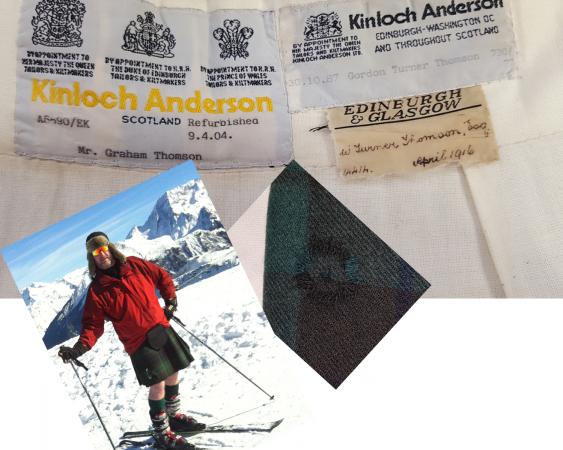 At Kinloch Anderson we get very excited when one of those heirlooms comes our way....

The latest Kilt to come in for a spruce up was no exception! Made in 1916! How many clothing items are made to last over 100 years!!!

It came complete with a bullet hole, from the First World War, that had been repaired previously by Kinloch Anderson.

The Argyll and Sutherland Highlanders kilt was built by Kinloch Anderson in 1916 for Wilbert Turner Thomson, who won the Military Cross whilst wearing it.

He was a 2nd Lieut in the 12th Argyll and Sutherland Highlanders in 1914. He was wounded and awarded M.C. at Krastali November 1916.

His Grandson Graham still wears the kilt today as you can see - skiing in The Alps.

This 100% wool item of clothing is truly Recycled!